How to become a Rasta ? 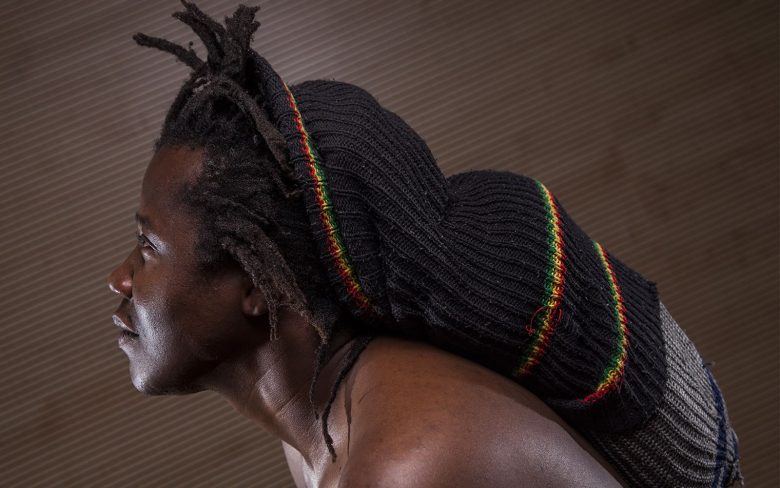 You are interested in the Rastafarian world but you don’t know the basics? You defend the values of the movement and would like to get more involved? Would you like to know how to become a Rasta?

We are passionate about this ideology and its history and know exactly how to help you.

To become a Rasta, you need to have the will to do good around you. To be a member of the Rastafari movement, you have to respect the spiritual principles of this ideology but above all you have to believe in yourself and in others. All of this through music, love and meditation.

In this article, you will be able to discover:

This movement with its historical roots that interests you so much will no longer hold any secrets for you. You will know how to behave and what actions to take to be a true Rasta member.

Now it’s time for you to find out.

First of all, let’s see together that in order to become a coherent Rastafarian, it is important to understand what the Rastafari movement is and its turbulent past. Between philosophy and religion, Rastafarianism is a movement born in Jamaica in the 1930s. This ideology is a clever mix of biblical ideas, shivaism and Ethiopian traditions – Kebra Negast.

One of the important figures of the movement is Marcus Gavey who is considered the first prophet of the movement. He advocates a return to the origins of the black people and militates for an end to the suffering that they undergo. During this same period, the coronation of Haile Selassie I, who became the messiah of this culture, took place in Ethiopia. The “King of kings, Lord of lords, conquering Lion of the tribe of Judah, Light of the World, Jah Rastafari” is then considered by the first followers as the liberator sent by God.

Rasta culture began to develop in the 1940s and became very successful in the 1960s. In 1966, Haile Selassie made a visit to Jamaica. This visit caused a tidal wave and a significant number of “conversions” – including that of Bob Marley.

But the religious aspect, even if it is important, is not everything. For Rastafarians, it is above all a way of life.

2- Rastafari, A Healthy Way Of Life

At first glance, this title may seem a little surprising. But do you know exactly what the precepts of this culture are? Let’s see it together now.

The movement is based on a very important biblical text, the Nazarite vow (you can read it in Numbers 6:1-21). It is a real reference, and it presents the acts to be done or not.

Thus, it is forbidden to cut one’s hair. This precept is naturally at the origin of the famous dreadlocks. However, some groups do not impose this hairstyle. So don’t panic if you can’t show off an impressive mane!

A rasta follows a special diet called Ital. He doesn’t eat meat – so his body doesn’t become a graveyard, his soul is purer and his anger less – and favors products that are now categorized as vegan.

If you are interested in Rastafarianism, you know that cannabis is at the heart of the practice. This herb is sacred in the Rasta culture and allows to raise one’s soul. It is used during the ceremonies or during the phases of meditation and is in no case a recreational leisure!

Last but not least, the percussions. The funde in mind, the instruments – Nyabighi – are used during the ceremonies to bring the people back to their African origins.

You can also display your philosophy with a Rasta flag – which you can choose from our Rasta flag collection (by clicking on the image below). Three colors are essential:

Let’s now focus on a very important point concerning the fact of becoming Rastafarian. The Rasta movement naturally concerns people of African origin – but not only.

Several texts refer to the exodus of Africans. One of the major writings is the Second Exodus from Babylon. The Africans are then identified with the Jews exploited by the Babylonian city. Several ideas are involved, such as the materialism of the oppressors, the pursuit of money and capitalism, notions that the movement opposes. They predict the fall of “Babylon” or rather of the present way of life.

A follower will also find himself in the text Jeremiah 51, which denounces the distance of humans from nature, disrespect, or the forgetfulness of love for others.

You can’t become a Rasta. It is important, above all, to take care of yourself both spiritually and physically. The first commandment is to believe in yourself. To love oneself is, indeed, a way that leads to fulfillment. For this, it is possible to create works – whether it is music or painting. And don’t hesitate to exhibit your creations and hang paintings in your home.

What does the rastaman do when he has free time? He meditates, at least half an hour a day. For that, he listens to music and relaxes.

Taking care of yourself is essential, but you mustn’t forget others. You have to trust them, respect them and try to understand them. Bringing them pleasure and help is also very important. A Rasta will support a person in difficulty. He considers the other as his equal.

To expand on this concept, a member of the Rastafari culture will never say “I’m going to the market” (even if he is!). He will say “I and I”. In this way he will include others in his action. It also aims to put the other person – whatever his religion, color, nationality – in the foreground and to respect him for what he is. Check out this article if you want to know more about the principle of the Rastafari religion.

If you have ever looked into this philosophy, you may have noticed that music has an important place. Whether it’s reggae or a different tune – yes, yes, it is possible – it should move you. Reggae music (with all its classics) carries the symbols of the doctrine and has a fairly throbbing rhythm, which allows you to “open your chakras” to use a Buddhist method.

Wondering when the ganja chapter is coming? It is now! The habit of representing the rastaman with a joint at the corner of the lips is anchored in the imagination. But it is possible to become a Rasta without smoking. In any case, if you practice, as we have already said, it is in no way for recreation. It is a way to achieve bliss, but if you achieve it by other methods – such as meditation – it is just as good. Smoking is a chosen but not a compulsory act. It’s just that it’s not compulsory!
Marijuana is therefore rightly considered one of the 14 most important symbols of the Rasta world.

The most popular quote that dictates the Rasta way of life is “One God! One Aim! One Destiny!” which means “One God! One Aim! One Destiny. It is attributed to Marcus Mosiah Garvey, considered one of the first national heroes. But in reality there are many Rastafarian quotes or ideologies that could be considered as Rasta mottos. Indeed, pillars of the movement like Bob Marley have enriched it with famous phrases that are still heard today.

For example, it is very common to say that :

Of course, many other examples exist and continue to be created every day in the various regga sounds or Rasta writings but in general, all these quotes call for freedom, human rights and international love.

6- The importance of showing pride in being a Rastaman

As you can see, this is a belief that puts people first – not cannabis! Respect, music and love are the backbone of this religion that has taken over the world in a very gentle way!

With all this information, you now know the basic principles of Rastafarianism and its references. You also know what your philosophy of life should be on a daily basis to be a true Rasta.

It is a very honorable choice to become a Rastafarian. It’s a part of your identity that you display in the daylight by advocating love for others, which makes it all the more respectable.

You too can complete your wardrobe with the Rastafarian t-shirts from our collection, to reinforce your Rastafarian image. Whether you’re discreet or not, you’re bound to find one that makes you proud of your convictions.

How to wear the beret correctly?

No comments to show.